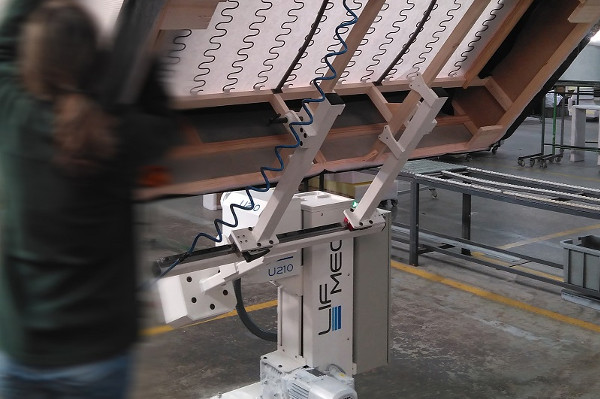 Posted at 15:31h in Upholstery by Lifmec

Promoting health and well-being is a key goal of European policy. The EU Framework Directive on Safety and Health at work (89/391/EEC) made a strong commitment to that goal. Its stated objective is to ‘encourage improvements in the safety and health of workers’.

Posture-related (ergonomic) risks is the index that measures exposure to vibrations, tiring positions, lifting people, carrying heavy loads and repetitive movements. These are the most prevalent risks in Europe and include the risks that can play a role in the common workplace complaint, musculoskeletal disorders.

Based on data from the survey, the exposure to repetitive hand and arm movements and tiring and painful positions is highly common. The 62% and 44% of workers, respectively, report that they are exposed to that risks at least a quarter of the time. Likewise, exposure to carrying or moving heavy loads is commonly reported, with 32% of workers exposed at least a quarter of time. These risks are reported in the almost the same level in 2015 than they were in 2005 and 2010.

In the following graphic, the exposure to different posture-related risks is showed:

In terms of occupation, craft workers, and plant and machine operators are the occupations with the highest levels of exposure to posture-related risks. 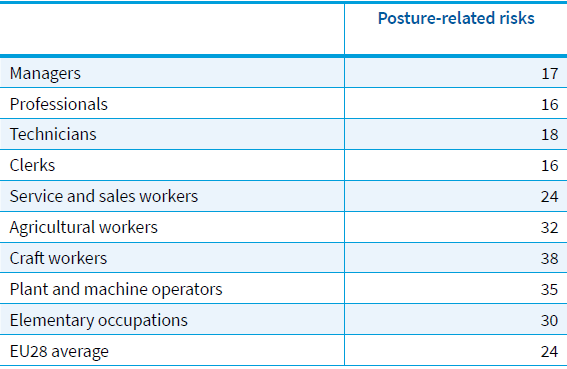 These general data of the productive sectors (craft workers, plant, and machine operators) are reproduced in a similar way in the industry of furniture manufacturing.

In upholstery, muscular skeletal disorders are the cause of frequent sickness leaves, and involve the most important social and economic cost. These negative consequences have a clear association with the ergonomic conditions. Upholstery still involves manual handling and operations with heavy loads. There is an evident lack of suitable machines or equipment.

The introduction of innovative and specific machinery for upholstery in the market will have a considerable relevance, not only in terms of process optimization, but specially in terms of significantly enhance of worker´s health and well-being. 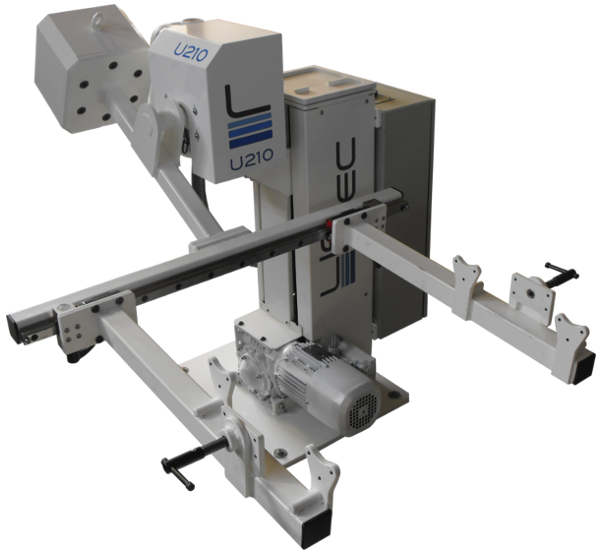 LIFMEC aim is to bring technology and innovation to upholstery. We believe that the use of our sofa handler would eliminate manual handling and painful positions for workers. As a result, sickness leaves and the associated costs would be considerably reduced.

The EWCS is a wide-ranging survey of workers carried out by Eurofound every five years since 1991. The sixth edition of the EWCS was carried in 2015 in 35 countries. The EU28 analysis is based on 35,765 interviews that took place between February and September 2015.